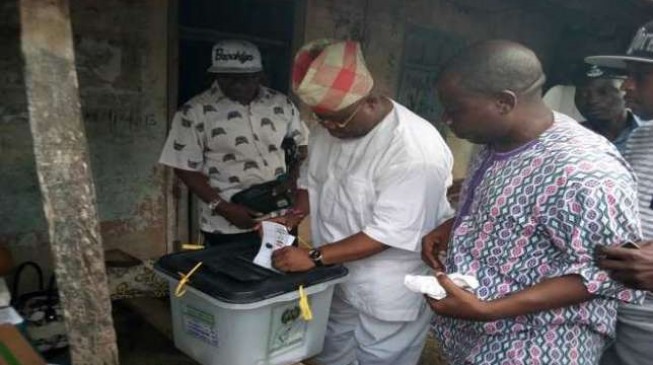 Ademola Adeleke, candidate of the Peoples Democratic Party (PDP), has been declared winner of the by-election in Osun west senatorial district.

Adeleke polled a total of 97,480 votes to defeat Mudashiru Hussain of the All Progressives Congress (APC) who secured 66,116 votes.

Rauf Aregbesola, governor of the state, had led the campaign of Hussain, touring all the local government areas with him.

Announcing the result of the election in Iwo, Baritor Kpagih, INEC residential electoral commissioner for the election, said Adeleke won nine out of the 10 local government areas where the election held.

He consequently returned the PDP candidate as senator to complete the tenure of Isiaka, his elder brother who died on April 23.

He gave the breakdown of the election result as follows:

Adeleke had expressed confidence that he would beat his “opponent hands down”.