The Women Trafficking and Child Labour Eradication Foundation (WOTCLEF), an NGO, says it has rescued 161 children involved in child labour in Abuja between January 2016 till date. 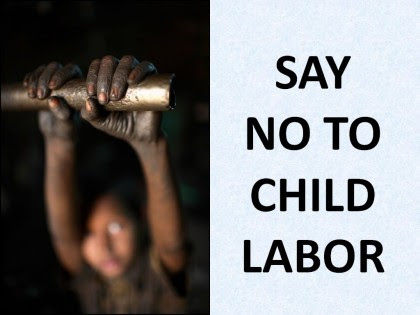 The Executive Director of WOTCLEF, Mr Abayomi Rotimi made the disclosure in Abuja on Monday while speaking with the News Agency of Nigeria (NAN) to commemorate World Day against Child Labour in Abuja.

NAN recalls that International Labour Organisation (ILO) inaugurated the World Day Against Child Labour in 2002 and has since been observed to raise awareness of the plight of children involved in child labour, world-wide.

Rotimi explained that  the children rescued by the organisation came from various parts of the country but they were engaged by their employers in Abuja.

He said that in May, 2017, a 12-year-old girl was rescued in Abuja Municipal area Council after she was beaten and battered seriously by her employer.

According to him, after the investigation by WOTCLEF, the girl was reunited with her family who were living in the eastern part of the country.

The director commended Federal and State Governments that had domesticated the Child Right Act.

He disclosed that though not less than 22 states had domesticated the act but regretted that many were yet to begin implementation of the law.

Rotimi tasked Civil Society Organisations to rise up to their responsibilities to ensure full implementation of the act nationwide.

He said that child labour was a menace that had prevented children from growing to assume their full responsibility in the society.

He pointed out that education of every child was key in tackling child labour for the bright future of the country. (NAN)