The Sokoto Area command of the Nigeria Customs Service(NCS) has intercepted 446 jerricans of  vegetable oil with duty value worth N5.7 million. 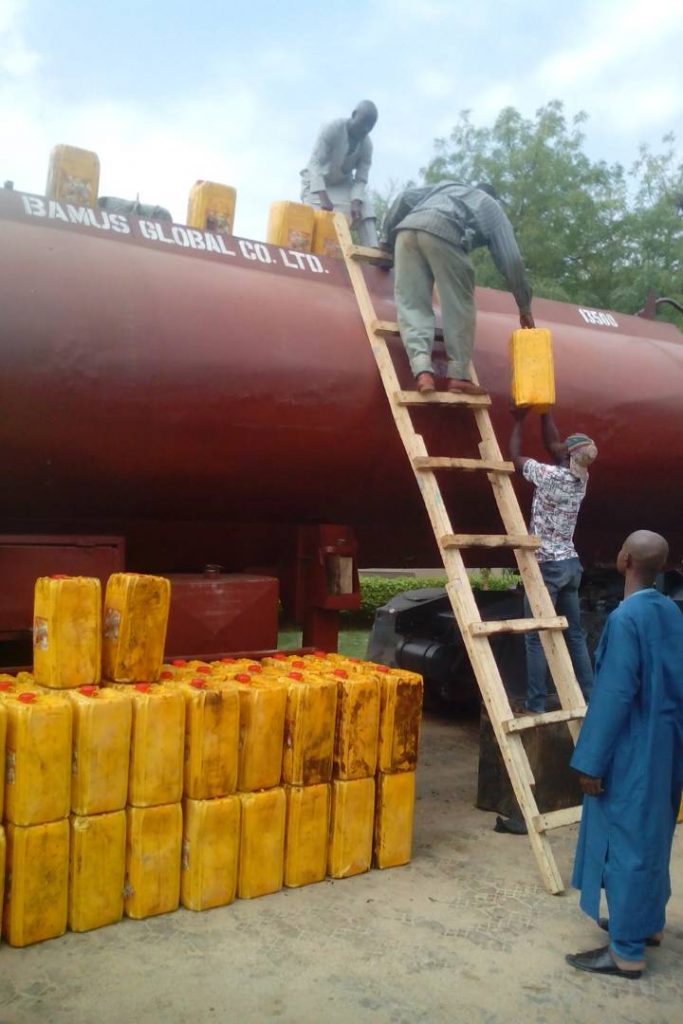 The seized item loaded in a petrol tanker, was intercepted along Sokoto- Gusau road.

The command comprise of Sokoto, Kebbi and Zamfara states.

Briefing newsmen on the seized item on display at the command’s headquarters in Sokoto Wednesday, the Area Controller, Mr. Ahmed Nasir said two suspects, the driver and an escort were arrested” they are in our custody.”

He described as scaring and dangerous the tactics used by smugglers  in recent time, adding” they smuggle these things in piece meal and store them in warehouses.

” The escort said they were on their way to Kano but we don’t even know if the content is truly vegetable oil”, he said.

According to Nasir, the smugglers were not only avoiding customs team also NAFDAC” for this reason, we will subject the content to test. The items have no NAFDAC certification”, he said.