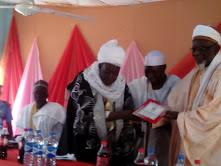 THE Emir of Tsafe,  Alhaji Muhammadu Bawa(‘Yan Doton Tasfe) has urged Alma Matas to strengthen initiatives  that will support government drive for educational development at all levels.
Speaking in Sokoto weekend at the  Maru Teachers College Old Boys Association (MATCOBA), Sokoto state chapter congress and award ceremony,  Bawa  who is also an old boy of the college, said it was time  old students of colleges exhibit the spirit of sacrifice and commitment to programmes and policies aimed at upgrading education and its components‎ for excellence.
This the royal father said would further equip schools both infrastructural and intellectual‎ wise by financing projects and other needs components.
According to him” the coming of old students should not only be an arena for relating with one another but to strengthen and encourage the advancement of the education sector as it affects infrastructure and standards in their respective schools.”
‎Also,Guest Speaker at the occasion and Deputy Managing Director of Rima Television Sokoto,  Labaran Lumo Dundaye noted that education sector was key in the development process of a nation which should not be left to government alone.
‎Dundaye while presenting a paper titled:” Giving Back to Maru Teachers College”: A Tool for Community Development; described the topic as conscious driven towards developing mutual contribution strategies for the development of Maru Teachers  College. 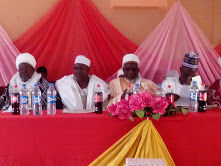 He identified standards, consumption levels‎, medical and economic fortunes among others to propel the primary needs for shelter, food, water, health, education and social status of the college and the community in particular as relevant components for repositioning the school.
He noted that old boys of schools have the primary obligation to enhance development and create the conducive environment for learning through team work.
” We need to create feeling of gratitude, culture of giving, strengthen communities, fight poverty,provide basic ‎amenities among other positive initiatives of adding value to such schools.”
In the same vein, an old boy and Emir of Maru in Zamfara state, Alhaji Abubakar Chika Ibrahim said they were ready to extend the necessary support that would project the college now College of Education, Maru.
He ‎noted that the college had graduated prominent persons who were at the peak of their respective careers across the country.
” To us is a feat for the college to be upgraded to the status of COE”, he stated.
Earlier, the Sokoto state chapter chairman‎, Yakubu Hassan called for synergy between the old boys and the College of Education in order to promote the ideals of the foundation of Maru Teachers College as an umbrella body.
” We need a strong bond that will further stem our drive for the development of the college”, he stressed.
‎ 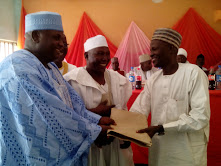 The National President, Alhaji Muhammad Tukur Nahuche extolled the giant strides of its members for raising and bringing the association to lime light while expressing it’s grieve over the recent inferno that destroyed the college property worth over N300 million.
” We wish to extend our heartfelt sympathy to the college authorities and Zamfara state on the devastating experience as a result of the fire incident.”
‎Similarly, Chairman of the occasion and Patron of the association, Alhaji Muhammad Bello Nagwari, said such associations could only be proactive and efficient in delivering results with capable, committed and devoted individuals.
Nagwari who is a retired principal and educationist commended the efforts of the leadership provided by the executives inspites of numerous challenges that stood against it over the years.
Meanwhile, no fewer than 25 members across categories including the Emir of Tsafe were awarded for contributing to the development of the association and society.
Share
0
SHARES
ShareTweetSubscribe