The Governor of Akwa Ibom state has applauded the senate committee on works over their oversight work in the state.

Governor Udom received the Senate committee on works at the government house having after their visit to various sites where construction works are in progress in the state. 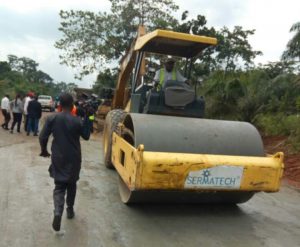 The senate committee, led by Senator Clifford Ordia, visited various sites where construction works are ongoing including the Ikot Ekpene/ Enugu road where total reconstruction is ongoing on that section of the expressway.