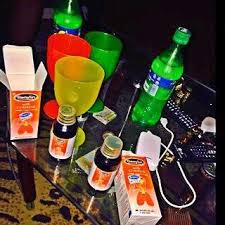 Amidst the rising trends of drug addiction and abuse affecting the positive image of women and youth in the north in recent time, Northern Governors’ Wives Forum(NGWF) yesterday met in Sokoto to profer possible solution to end the menace.

No fewer than six wives of northern governors and representatives of others made the roll call of attendants at the Government House Sokoto chambers venue of the meeting. They are: Hajiya Hadiza M.A(Bauchi), Hajiya Maryam A. Tambuwal(Sokoto),  A. Yari(Zamfara), Dr Zainab A. Bagudu(Kebbi), Taraba, Niger, Nassarawa states respectively.

Speaking, Chairperson of the forum and wife of Bauchi state Governor, Hajiya Hadiza M. A. Abubakar noted that the menace of drug abuse particularly among brother women has thrown the region into apprehension due to the devastating effect on their social lives.

According to her, ” the challenge is ours and we have to focus on the ills and how to check it.

” It is quite alarming and disturbing to know that women constitute larger strata of the addicts and if not checkmated, will ruins the future of the younger generation.

” We as mothers, are the custodians of our children’s behaviours and attitudes which we must consider important by giving them the right orientation and not to be bad examples to their upbringing”, She urged.

She advocated for the establishment of more women rehabilitation centres, noting that ” we have already commissioned one bin Kogi and to commission one in Sokoto”, Abubakar said.

She however, noted that Sokoto state remain a shining example of a state that played prominent role in good governance.

In her welcome address, wive of the Sokoto state Governor and host, Hajiya Maryam Aminu Waziri Tambuwal said drug abuse by women in the north was worrisome.

She pointed out that the primary and fundamental vision and mission of the forum was to cater for the immediate needs and well being of women and children as well advance the general socio-economic course of women to prosperity.

Hajiya Tambuwal further called on teachers and lecturers to as a matter of priority, to pay attention to the general well Bering not their children as well report cases and tendencies of drug abuse by students to college authorities for appropriate action.

” Parents also have to be extra vigilant by monitoring their children, who they move or associate with as well encourage virtues of moral discipline in their lives”, She called.

In his message, Governor Aminu Waziri Tambuwal described as timely and appropriate the meeting by the northern governors wives positing that the region was faced with various social challenges urging the wives of the governors to brace up to the task of reversing the trend.

” I hope that the people of the region will rise and checkmate the social menace fast affecting its advancement in many respects”, Tambuwal urged.

Gbajabiamila reveals who to ask for Tinubu’s real age

Gbajabiamila reveals who to ask for Tinubu’s real age