Oprah Winfrey has already shot down talk of running for president in 2020, but now she’s revealing the one thing that could make her reconsider.

After the media mogul’s powerful speech at the Golden Globes in January, rumors swirled that she would run for office.

“I had people ― wealthy, billionaires ― calling me up and saying, ‘I can get you a billion dollars. I can run your campaign,”’ she said in a new interview with People magazine. “That many people saying something made me think, ‘Am I at least supposed to look at the question?’”

Oprah said she “went into prayer.”

″‘God, if you think I’m supposed to run, you gotta tell me, and it has to be so clear that not even I can miss it.’ And I haven’t gotten that,” she told the magazine.

As Oprah has already said, running for president is something she’s just not interested in doing.

BE THE FIRST TO KNOW

“I’ve always felt very secure and confident with myself in knowing what I could do and what I could not,” Oprah said in an interview with InStyle, conducted three weeks before her Globes speech. “And so it’s not something that interests me. I don’t have the DNA for it. … That’s not for me.”

“Gayle ― who knows me as well as I know myself practically ― has been calling me regularly and texting me things, like a woman in the airport saying, ‘When’s Oprah going to run?’” Oprah revealed to InStyle. “So Gayle sends me these things, and then she’ll go, ‘I know, I know, I know! It wouldn’t be good for you ― it would be good for everyone else.’”

If Oprah did run, the “A Wrinkle In Time” actress already has experience with attention she’d receive from President Donald Trump. Even the suggestion she might run sparked Trump hate tweets calling her “very insecure.” 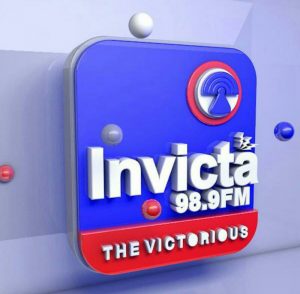 As Oprah said on “Ellen” last week, the president’s unwanted attention didn’t get to her.

Head to People to read the rest of Oprah’s interview.