Sokoto state government through the office of its  Special Adviser on Human Rights, NGOs and Donor Agencies, Dr Hafsat Buhari Galadima, said it had amicably resolved over 150 matrimonial and child abuse human rights cases across the state.

They include 86 matrimonial and 68 child abuse cases as well as settlement of dowries since the creation of the office. 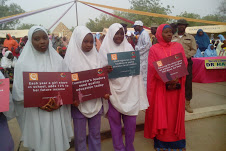 Speaking at an interactive event with women in the state to mark the 2017 World Human Rights day, the Special Adviser, Dr Hafsat Buhari Galadima said the break through was in tune with the state government’s effort and commitment to protecting the rights and place of women in development process.

According to her, the place of human rights in survival was all encompassing adding that” women deserve to be given the required protection as custodians of societal development.”

She explained that the state government through her office was ready to sustain the tempo of according priority attention to less privileged women in the state.

She further called on governments at all levels, agencies and other relevant bodies to demonstrate the spirit of collectivity and commitment for the development of women in the state and country through responsive synergy.

” The essence is to create and build the sense of belonging in the minds of our women by respecting their rights and those of the children who are most vulnerable.” 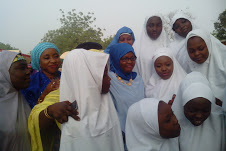 Guest Speaker at the annual event marked at the famous Maigero open air theatre, Sokoto, Dr Larai Aliyu Tambuwal said the day was set a side by the United Nation with the aim of promoting as well protecting the rights of citizens globally irrespective of gendre.

According to her, ” human beings have rights to various activities in their endeavours which should be protected as an exclusive aspect for their survival irrespective of gendre.

” Our priority is that of the woman and child who are mostly victims of abuse in so many respects in their course of survival.

” We are using this occasion to  further advocate and sensitise on the urgent need to respect the rights of the women ad children as well provide equal opportunity for them attain thier aspirations and create avenue for thier self actuisation through empowerment, healhtcare services and education aong others”, Dr Tambuwal said.

In their separate remarks, the Wives of the state governor, Hajiya Mariya founder of NPDI Foundation and Hajiya Maryam Mairo Aminu Tambuwal through their respresentatives, Dr. Kulu Haruna and Hajiya Hadiza Tureta said were advocates of rights of women and children in the state.

Dr Kulu said the Hajiya Maryam NPDI Foundation was established to extend the primary role and commitment to supporting and encouraging cooperation with relevant bodies in fostering the education of women and children with a view to shaping their quest for sound education and self reliance.

” The Foundation has impacted on the lives of many women and children in terms of providing healthcare services and empowerment items to boost their right to survival.”

Also, Hajiya Tureta noted that right to women was right right to societal growth while stressing that Hajiya Mairo Aminu Tambuwal has distinguished her self in supporting the teeming women in the state.

According to her, the woman and child factors were critical components in  driving the process of development in any society, thus, needed their rights protected.

In the same vein, the state Commissioner for Women Affairs, Hajiya Kulu Abdullahi Sifawa said the state government was in active collaboration wit various development agencies to promote and ensure women maternal and child health and empowerment were provided at the urban and rural levels.

She said ” these aspects are primary rights that should not be denied them”, adding that” we are in working terms with NGOs and CSOs to encourage responsive synergy to protect the rights of women and children to basic needs of life as citizens.

” Sokoto state is at the front row on women and child rights promotion”, Sifawa added.

However, drama presentation on the rights of women and children by a cultural troupe was the highlight of the annual event attended by top women politicians and NGOs representatives which included Hajiya Ubaida Muhammad Bello an advocacy specialist among others