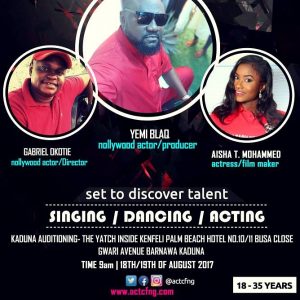 Briefing journalists on Monday after an emergency meeting of its National Executive Council held at the University of Abuja, ASUU president, Biodun Ogunyemi, said the industrial action began Sunday, August 13.

He said during the strike period, there will be no teaching, examination or attendance of statutory meeting of any kind in any of ASUU’s branches till the government meets the union’s demands.

Among the issues ASUU has raised this time are the 2009 agreement and 2013 MOU are; funding for the revitalization of public universities; earned academic allowances; registration of Nigerian universities pension management company and pension matters; university staff school, fractionalisation and non payment of salaries among others.

The union called on Nigerians to prevail on owners of public universities to be alive to their responsibilities.

The ASUU president said the Wale Babalakin negotiation committee lacked powers to resolve the issue as there were unimplemented items in the 2009 Agreement.

“Issues outside Babalakin’s negotiation committee are what we discussing. We are saying that government did not continue the implementation of the existing issues from 2009 Federal government ASUU agreement. Government have abandoned implementation,” he said.

Mr. Ogunyemi said the government had ignored the education system, while the political class send their wards to private universities and universities abroad leaving public universities in Nigeria to collapse.

“Primary and secondary school system has already collapse in Nigeria but not all Nigerians have the funds to send their wards to private schools,” he said.

He said for continued productivity, employers must fulfill the minimal obligation of paying their workers’ salaries correctly and as when due.

“A deliberate attempt to turn Nigerian academics to beggars and people of unsure footing must therefore be resisted by all who care about the future of our children and the transformation of our country,” he said.

Similarly, the immediate past president of the union, Nasir Fagge, said the re-negotiation agreement should have been done before now if the nation seeks to develop the education sector