THE National Hajj Commission of Nigeria(NAHCON) has said that Saudi authorities have imposed on all prospective Nigerian pilgrims who have performed Hajj or Umrah in the last two years a compulsory levy of 2000 Saudi Riyals, an equivalent of N 163,000. 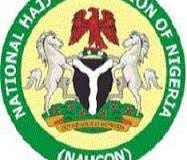 The levy was announced by the Saudi Arabian Hajj Ministry and it became  fully effective during the 2017 Hajj  exercise.

The commission explained that the evy was exclusive of the substantive fare for the 2018 Hajj exercise which is yet to be announced by the federal government.

According to the commission, the S2000 levy was  imposed by the Saudi Arabian authorities and it is binding on all hajj repeat goers across the Muslim world.

The disclosures were made in Sokoto weekend by the Chairman NAHCON, Barrister Abdullahi Mukhtar, at a sensitization campaign organized by the Commission for prospective pilgrims and officials of the Pilgrims Welfare Agencies from Sokoto, Kebbi and Zamfara States on 2018 Hajj.

Barrister Muhkar was represented by the National Commissioner in Charge of Operations, Alhaji Abdullahi Modibbo Sale.

According to Mukhtar, the campaign was organized to intimate the nation’s prospective pilgrims on the need to ensure the early completion of their hajj fares on or before the end of March, 2018, stressing that it was also aimed at creating awareness to prospective pilgrims on the issue of the introduction of biometric data capturing of all Umrah and Hajj pilgrims by the Saudi Arabian authorities.

He said that, the early completion of the payment of the hajj fares by the prospective pilgrims would enable the commission and the various pilgrims welfare agencies, to make early and efficient arrangements.

Barrister Muhktar further said that , three centres have been opened in Kano, Lagos and Abuja, for the data capturing, although efforts were on by the commission to ensure the increment of the centres.

In the same vein, the National Chairman added that, all prospective pilgrims who had performed the hajj exercise in the last two years must pay a levy of  2000 Saudi Riyals, equivalent of over N 163,000.

The Chairman of the Forum of Pilgrims Welfare Agencies in Nigeria and Chairman of the Zamfara State PWA, Alhaji Alhaji Abubakar Sarkin Fawa Danbo, commended the commission for organizing the event.

He said that, the various PWAs jn Nigeria were working round the clock to ensure the success of the 2018 hajj exercise.

The Chairman of the Sokoto State PWA, Alhaji Muntari Maigona, called on the commission to allow the various states pilgrims welfare agencies to allow the states to deploy medical Doctors and other medical staff to accompany the pilgrims during the forthcoming hajj exercise.

On feeding, Alhaji Maigona lamented that, the existing arrangements should be improved, while the feeding companies should be increased.

The Director – General of the Sokoto State Pilgrims Welfare Agency, Alhaji Shehu Mohammed Dange, lauded the commission for organizing sensitization campaign and assured that, the state government , as well as the agency were fully committed to conducting a successful hajj exercise