In Islam, benevolence (or “Ihsan”) is an act of kindness which is meant to benefit others. It also means doing good, forgiving and helping a person in times of need without expecting anything in return from him. Ihsan is something which a person does over and above his duties.A good way to do Ihsan is to forgive a person who has harmed or hurt us. If a person has been kind to us, then returning his kindness in a much better way is also Ihsan. 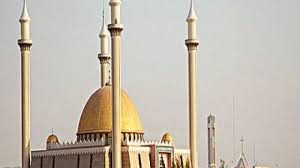 The life of our Holy Prophet (S.A.W) is full of instances when he did Ihsan for people. You must’ve heard the story of a kafir woman who used to throw litter on the Prophet Muhammad (S.A.W) whenever he passed by her house. When she did not do this for a few days, the Prophet (S.A.W) was concerned and went to visit her. She was sick and was surprised to see him. However not only did he forgive her, but also looked after her with kindness. This is an example of Ihsan. This impressed her so much that she accepted Islam. 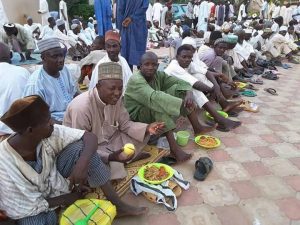 The Prophet (S.A.W) never degraded anyone, nor did he ever take revenge for any injury done to him. He showed kindness not only to human beings, but he was equally benevolent to animals and birds. Allah says in the Quran:  “…Do ihsan to parents and to relatives, orphans, and the needy.” [2:83].
Even in the views of myriad of western scholars, benevolence is highly encouraged. Brian Triancy says: “Successful people are always looking for opportunities to help others. Unsuccessful people are always asking, “What’s in it for me?” John Bunyan also says: “You have not lived today until you have done something for someone who can never repay you.”

It is in line with the Islamic admonishment that the Senator representing Sokoto North senatorial District, Alhaji (Dr) Aliyu Magatakarda Wamakko, Sarkin Yamman Sokoto swung into action during the last Ramadan fast. In a bid to ameliorate the suffering of the people in the Holy and revered month of fast tracked measures aimed at decongesting the prisons across Sokoto State.

In the same bid to contribute his quota in the smooth administration of justice in Sokoto state had secured the freedom of 34 inmates who were serving various jail terms in the Sokoto central prison and in Tambuwal, Bissalam, Wurno and Gwadabawa satellite prisons by paying the fines and compensation levied against them by the courts. 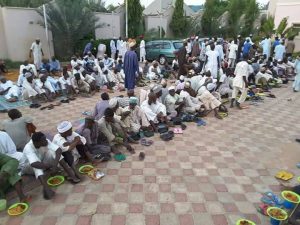 Similarly, the Senator settled the debt owed by some inmates through the Aliyu Magatakarda Wamakko Free Legal Services Foundation (AMWA free legal services foundation) all in the spirit of ‘Ihsan’ as prescribed in Islam.

Accordingly, the former Governor and the Senator representing Sokoto North Senatorial District released the sum of N4 million for the exercise,
while 34 inmates were freed by settling their fines, compensation
and/or debt. He also gave the freed inmates the sum of N20, 000.00 each, for transport back to their respective destinations‎ and as assistance to cushion their immediate needs. 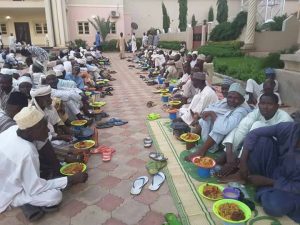 This exercise was carried out by the foundation to meet the cardinal principles and objectives of assisting the less privilege and indigent litigants who are languishing in prison custody. The foundation also represents some inmates in court, who are in dire need of legal
representation absence of which have kept them in prison custody.

The former Governor said the gesture was part of efforts to reduce the congestion in the prisons.He added: ” It is also aimed at assisting the freed inmates to celebrate the forthcoming Eid-el-Fitr celebrations with their families.”

The lawmaker also cautioned them against indulging in any acts capable of bringing them back to the prison, as well as keep to their financial obligations.” You should be of good behaviors, be good ambassadors of your families, as well as strive to be good and productive citizens.”

Also, Secretary of the Foundation, Mr Abdulhamid Zubairu, said the exercise was carried out to meet the cardinal principles and
objectives of assisting the less privileged and indigent litigants who
are languishing in prison custody.

According to him,” the foundation also represents some inmates in court, who are in dire need of legal representation, absence of which have kept them in prison custody.”

Speaking, Chairman of the Nigerian Bar Association( NBA), in the state, Mr Lema Wali, represented by his Secretary, Mr Kabir Mohammed, commended Wamakko for the gesture. Wali urged other wealthy individuals to emulate the lawmaker and promised to partner with other individuals and organizations in this direction.

They gave their words, promising to shun away from all sorts of social vices that might bring them back to prison and also keep to their financial obligation. 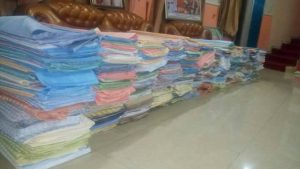 While on track, the Marafan Hausa and the Chairman, Senate Committee on Basic and Secondary Education had extended his widow’s mite to no fewer than ten thousand indigents during the last blessed Ramadan fast, courtesy of his age-long perennial gesture of assisting the less privileged persons with clothing materials like wrappers, brocade and money for sewing which is apart from the hundreds others who were assisted with assorted food items like grains and sugar. This is also aside the month-long elaborate arrangements for the daily breaking of the fast in his house by several other hundreds on indigents in his personal residence, as well as the sharing of sallah meat to them on the eve of the sallah.

Indeed, one may not be able to effectively chronicle this invaluable
and unmatchable gestures by the former Governor of the state, because most of his acts of philanthropy used to be between him and the beneficiaries only. To this we say kudos and more grease to his elbows. May God accept all his acts of benevolence and reward his with aljannat firdaus. Ameen.
Rabe is the Special Assistant on Media and Publicity to Senator Wamakko
Share
11
SHARES
ShareTweetSubscribe