Sokoto state Governor Aminu Waziri Tambuwal has called on stakeholders to support the drive on the ban and use of codeine substances and cough syrups.

Tambuwal made the call Monday at the opening of a 2 day Internatuonal workshop organised by the Green Crescent Health Development Initiative in collaboration with the International Federation of Green Crescents, Usmanu Danfodiyo University, Sokoto.

According to Tambuwal who notwe that codeine and other related substances could be banned as they were not life saving drugs.

The theme of the workshop is: “Addiction and its Prevention” 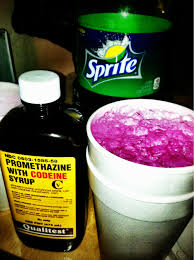 The Governor represented by the state Commissioner for Health, Dr Balarabe Shehu Kakale noted that thete was the high need to de-emphasise and check the proliferation of codeine and other cough syrups.

”  The circulation and sale of the prodycts must be checked.”

He expressed concern that children and youth between the ages of 15 to 30 were practically involved in the consumption and intake of such drugs.

According to him, the state government had since embarked on serious campaigns against the menace with a view to curb its rapid spread among youths through community engagement and law enforcement involvement and other critical stakeholders including tradituinal institutions.

” We are primarily concern about parents who are the custodians of their children upbringing and orientation as the basic societal institution”, he stressed.

He however, appreciated the efforts of the organisers ofthe workshop for coming up with the iitiative at a time the Nigerian youths were largely involved in addiction.

” The vicims are not only addict but affects the moral status oftheir families”, he stated.

He said the agency was evolving new strategies and preventive measures to tackling the menace, pointing out that allowing it to persist would influence tendencies of affecting the economic,  social and psycological progress of individuals and the society.

” The agency has been in the forefront  against addiction through encouraging suatained interface that will de emphasise drug abuse and addiction.

” It is worrisome that even childrenof 13 are found taking drugs. We have to rise to the challenge and discourage them from been indoctrinated through sustained operations to curb the menace”, the NDLEA Boss

Professor Abdullshi A. Zuru,  Vice Chacellor, Usmanu Danfodiyo University, Sokoto and chairman of the occasion noted that addiction was a challenging social vice across the globe capable of threatening development.

Zuru observed that the menace had becime more scaring with women taking the lead in drug abuse and other substances.

” It is regrettable that women are fast in the menace in alarning number. They are now emerging as our major problem and potential concern by the day”, even as he noted that the future of the country largely depended on the youths who spent most part of their lives with their mothers.

” If such addicted mothers transmit wrong behaviours on to them, they can be influenced negatively with bad morals and orientation”, he pointed out.