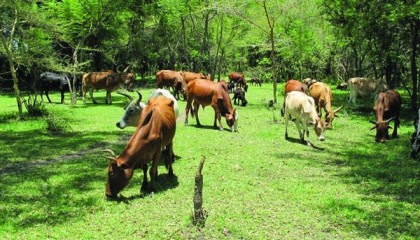 The Yobe government has warned farmers against farming on the over 1,000 kilometres of demarcated cattle routes across the state.

Dr Mustapha Gaidam, the Manager of Yobe Livestock Development Programme, gave the warning in an interview with the News Agency of Nigeria (NAN) on Sunday in Damaturu.

He also cautioned cattle breeders against moving out of the routes to feed their animals on farmlands.

“The warning became necessary in view of reported activities of some farmers encroaching into cattle routes.

“Although, it may be an isolated case, we are not taking chances to safeguard the routes and promote peaceful coexistence between farmers and grazers in the state.”

Gaidam said that the routes were demarcated in order to ease movement of livestock and avoid trespass into farmlands.

According to the manager, government has constructed boreholes and water points along the routes to serve the animals with drinking water.

“Government has also invested in this project to promote a secure environment among farmers and herdsmen; this must be respected, protected and promoted by all stakeholders,” he said. (NAN)