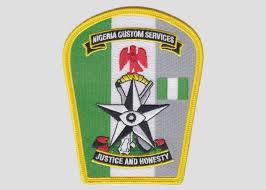 Worth 68 cartons of  tramadol and 120 kilogrammes of cannabis valued at N21.1 million were intercepted and seized according to the Sokoto Area Command of the Nigeria Customs Service(NCS).

Similarly, the command disclosed that it also arrested six cartons of expired cigarettes.

Handing over the seized items to the National Drugs Law Enforcement Agency  (NDLEA) and the National Food and Drugs Administration Commission (NAFDAC) at the Area Command on Tuesday , the Area Comptroller Nasiru Ahmed said the tramadol were abandoned in a house within the Sokoto metropolis and it worth N20 million.

The cannabis worth N1.1 million, he said was arrested at Kamba border concealed in bales of second hand cloths.

 Ahmed said that the Indian helm was highly concentrated and was  brought into the country from the Benin Republic.

He reiterated his call on border communities to always see smuggling as dangerous to their societies and the nation at large not a business.

He stressed the need for a stronger synergies between security agencies to curtail the menace.

“Nigeria is our country and we need to double our effort to stop illicit drugs and firearms into our country,” he said

He added that investigation is ongoing to unravel the owners of the seized items, just as he advised the state government to demolish the house where the tramadol was found.

On their separate remarks, the State Coordinator of NAFDAC and the representative of NDLEA, Hamisu Yahya and Mustapha Ali-Baba appreciated the gestures which the said had shown the synergy between the command and other sister agencies as this was not the first seizure it handed over to them.