The Federal Government on Sunday announced the appointment of Dr Abdul Zubair as acting Director-General, Securities and Exchange Commission (SEC). 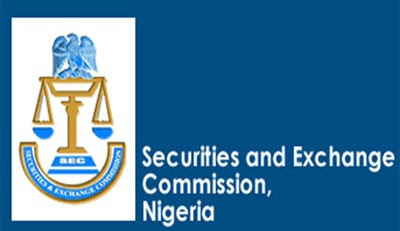 Mrs Efe Ebelo of the commission’s Corporate Communications Unit, said in a statement made available to the News Agency of Nigeria (NAN) in Lagos that the appointment was with immediate effect.

Ebelo stated that the appointment followed
the suspension of Mr Munir Gwarzo, the commission’s boss.

She assured the investing public and stakeholders, both local and international, of the commission’s commitment to ensuring uninterrupted and orderly operation of the market and regulation.

Until his appointment, Zubair was the Director in charge of External Relations in the commission.

Ebelo stated that the SEC would continue to ensure the stability of the Nigerian capital market and sustain the all-time high level of investors’ confidence.

She added that recent developments in the commission would not be allowed to disrupt its regulatory effectiveness and efficiency as statutory regulator of the capital market.

She assured that the market would run smoothly despite the development.

Ebelo said the commission patiently awaited the outcome of the assignment of the Administrative Panel of Inquiry set up by the Minister of Finance to investigate the allegations against the former boss.

She said that at no point would the management allow the operational independence of the commission to be compromised.

“This is strictly in line with the objectives and principles of securities regulations as set out by the International Organisation of Securities Commissions (IOSCO), to which Nigeria is a signatory,’’ she said.

Ebelo said that the commission would continue to be faithful to its developmental mandates as enunciated in the Investments and Securities Act (ISA).

She added that SEC would ensure market efficiency, accountability and transparency and would proceed with all regulatory matters currently before it with.

She said the commission would do that with all sense of objectivity and fairness and with the best interest of investors.

She added: “in this regard the commission will make public its decisions on matters before it as promptly as such decisions are being arrived at.

“The role of the capital market in economic stability and growth cannot be over-emphasised, hence the commission will not at any time permit the abandonment of its regulatory and developmental responsibilities.’’

It will be recalled that Mrs Kemi Adeosun, the Minister of Finance on Nov. 29 suspended Gwarzo over allegations of financial impropriety.

Adeosun immediately set up an administrative panel of inquiry to investigate the allegations.

She said that the suspension of Gwarzo was to allow for an unhindered investigation of several allegations of financial impropriety leveled against him.

The acting director-general is an alumnus of Ahmadu Bello University, Zaria, where he received B.Sc. Economics, MBA, M.Sc. and PhD Business Administration degrees.

He also holds a PGD (Mathematics & Computer Science) and a PGD (Education) from other universities.

He has over 25-year cognate experience in the financial industry and the academia. (NAN)