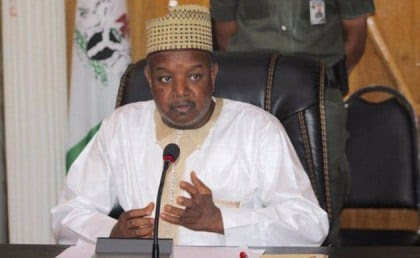 The Kebbi Government says it has  released N4.6 billion as its  2016/2017 counterpart fund for the execution of Universal Basic Education (UBE) projects to improve primary school education.

The State  Commissioner for Education, Alhaji Muhammadu Aliero, made the disclosure in Birnin Kebbi on Friday while conducting members of the  House of Representatives Committee on Basic Education on a three-day over sight inspection of UBE  projects.

The committee was led by its Chairman, Zakari Mohammed (APC-Baruten/Kaiama)

Aliero  said the projects executed under the UBE scheme included construction  and rehabilitation of classrooms, provision of furniture, computers and accessories as well as  construction of perimeter fencing.

He said efforts were being  made to improve the standard of teaching and learning in primary schools as well as boost the welfare of teachers.

Mohammed, in his remarks, noted that  the state had accessed N10.1 billion from  Universal Basic Education Commission (UBEC) in the last 12 years.

He advised the state  to give priority to rehabilitation of projects in preference to construction of new ones  while  intensifying  efforts to improve on monitoring of projects.