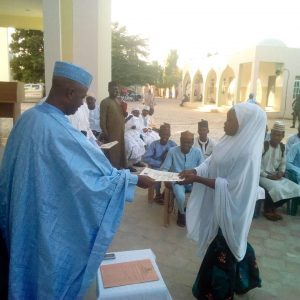 Special Assistant on Media and Publicity to the Sokoto APC Senator, Bashir Rabe Mani disclosed in a statement issued to reporters in Sokoto.

Senator Wamakko, who is also the Chairman of the Northern Senators Forum,according to the statement, distributed the admission letters to the benefiting students on Monday.

Accordingly,  Wamakko was quoted as saying that, the beneficiaries were drawn from the twenty three local governments of the state.

In the same vein,the former Sokoto state Governor explained that, priority attention was given to the educationally – disadvantaged local governments of Illela, Gudu and Silame.

According to him, the gesture was to shore up the educational development of the state and Nigeria in general. 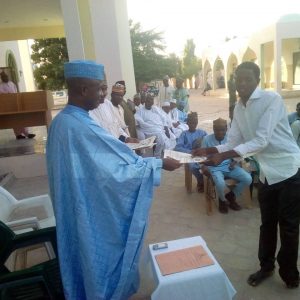 The law maker however, admonished the students to strive to excel in their studies, so as to be useful to themselves, their families and the state.

Wamakko hitherto, announced that, the payment of the monthly upkeep allowances to the students would commence on Tuesday, while a befitting accommodation will be provided for those who hail from outside Sokoto city and its environs.