A pro-democracy and non-governmental organization – Human Rights Writers Association of Nigeria (HURIWA) has raised alarm that the Nigeria police under Inspector General of Police Ibrahim Kpotum Idris is on the steady but toxic path to destroy Nigeria’s constitutional democracy to assist in erecting one party dictatorship.

HURIWA said the ugly trend is assuming dangerous dimension by the day making it absolutely imperative for the United Nations and World leaders to intervene to save Nigeria’s democracy from the imminent collapse which is the long term objective of the excessively repressive policing institution under the control of President Muhammadu Buhari through his surrogate who is the Inspector General of police.

HURIWA stated that the spate of unconstitutional and anti-democratic and repressive actions of the police targeting opposition politicians and civil rights leaders are a prelude to the larger plot to undermine the year 2019 poll so as to allow the incumbent president set up a full blown tyranny of one-man.

Listing the police-induced instability in the Akwa-Ibom State House of Assembly and the arrest of Mr. Deji Adeyanji and several civil rights activists in Abuja on Wednesday as examples of what measures the police has put in place to herald the eventual scuttling of constitutional democracy through a choreographed undermining of the forthcoming national and presidential elections in which the incumbent desperately seeks to win by all means, the group stated that all patriotic Nigerians and those who love Nigeria must speak out now to stop the full blown dictatorship from manifesting because according to it, the silence and inaction of World leaders is stoking the embers of internal tyranny in Nigeria.

HURIWA absolutely condemns the slide into authoritarianism and the increasing manipulation of the police by the current administration to crush dissenting voices and attempt to unseat the offices of governor whereby Peoples Democratic Party (PDP) are in control and most especially in the Niger Delta oil rich states where the opposition Peoples Democratic party has a formidable stronghold.

“The police has constituted itself into a lord of the manor by disrespecting the constitutional rights to civil protests and by dabbling into politics in such a way that even in the case of Akwa Ibom state whereby there are pending litigation by members of the Akwa-Ibom House of Assembly, the police has masterminded several invasions of the hallowed chamber in Uyo, Akwa Ibom by four expelled members of the legislature who were kicked out for violating the constitutional restrictions on defection which is done when the party has no factional cases in courts of competent jurisdiction. The aim of this illegal and 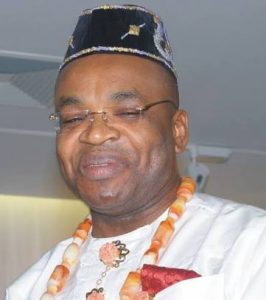 unconstitutional attempts to destabilise the Akwa Ibom state house of Assembly is to create anarchy and doom leading to the removal of governor Udom Emmanuel of the PDP”.

HURIWA recalled that the Convener of Concerned Nigerians, Deji Adeyanju, Daniel Abobama and Boma Williams were arrested by the personnel of the Force in Abuja on Wednesday.

Adeyanju and others who were arrested during a protest tagged#PoliceNotPoliticians at the Force headquarters have also been arraigned at an undisclosed court in Abuja.

The group were at the Force headquarters to demand neutrality from the Nigeria Police Force ahead of the 2019 general elections.

The police also said it recovered from the possession of the trio some criminal defamatory comments and utterances, that is capable of inciting public disturbance, threat to public security and safety, criminal defamatory and derogatory conduct against constituted authority and breach of law and order pasted by Deji Adeyanju on his face book page.

The comments according to the police include: “We just want police to be neutral in this election”, “Police is not a department of APC”, “Police are not politicians 2019 elections in danger”, The romance between APC and the Police is unholy”, “Who killed Offa robbery Prime suspect”, Presidency, stop using police for political games”.

Other comments include: “Where’s the autopsy of Offa robbery prime suspect?”, “Police are not politicians”, Sack IGP like Osinbajo sacked Daura for invasion of Akwa Ibom House of Assembly”.

According to a statement in Abuja on Wednesday by the Force Spokesman, Ag. DCP Jimoh Moshood, they were arrested for criminal conspiracy, joint act, defamation of character, public nuisance, disobedience to order duly promulgated by public servant, disturbance of public peace, inciting public disturbance, threat to public security and safety, criminal defamatory and derogatory conduct against constituted authority and breach of law and order.

The statement reads: “The Nigeria Police Force is not unaware of the rights of every Nigerian to freedom of expression, peaceful assembly and association, and freedom of movement as essentials of Democracy provided for by the 1999 constitution, Federal Republic of Nigeria as amended particularly sections 38, 39, 40 and 41.

HURIWA has however demanded their unconditional freedom since the right to protest is constitutionally guaranteed.
Share
0
SHARES
ShareTweetSubscribe