Former President Goodluck Jonathan has described Sen. Ahmed Makarfi’s victory on Peoples Democratic Party (PDP) leadership tussle at the Supreme Court on Wednesday as verdict that would bring PDP together. 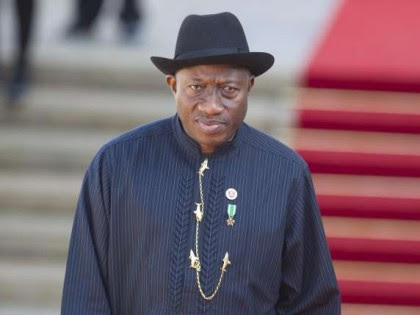 Jonathan stated this on Wednesday on his tweeter handle in his reaction to the court judgment on the party’s leadership crisis.

The Supreme Court in Abuja on Wednesday set aside the ruling of the Court of Appeal in Port Harcourt that affirmed Sen. Ali Modu Sheriff as PDP National Chairman.

Justice Bode Rhodes-Vivour, who read the judgment of the five-man panel, declared the Makarfi-led caretaker committee as the authentic leadership organ of the party.

Jonathan, who commended the Supreme Court judgment, said “I thank God for this day of justice and may God bless Nigeria.

“I believe in our jurists. We may have issues with some individuals but the Nigerian judiciary deserves respect and commendation.

“Today’s verdict is a judgment where there are no winners or losers. It is a verdict that will bring our party together.’’

He congratulated the Sen. Ahmed Makarfi-led Caretaker Committee, adding that “I strongly urge them not to see this as victory for a section of the party but as moral victory for constitutionality over arbitrariness.

“Thus, they must take inspiration from Gen. Yakubu Gowon and declare a ‘no victor and no vanquished policy’.

“I hereby call on all those who left the party because of leadership issues to return to their natural home and build the PDP.’’

He added that the PDP was an inclusive vehicle, not an exclusive one, saying “we see Nigerians as human beings deserving of the rule of law, separation of power and free
market economy that provides level playing ground for all.

“The party that gave Nigeria the largest economy in Africa is a party with large heart enough to find a place for all Nigerians.” (NAN)