By Ado Hassan, Sokoto
The Sultan of Sokoto, Alhaji Sa’ad Abubakar III, on Friday disclosed his plans to train no fewer than two hundred children orphaned by the Boko Haram insurgency in the North East. 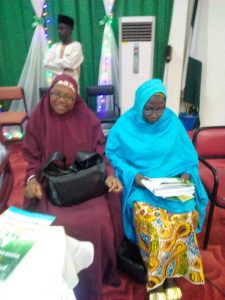 This is coming just as Senator Aliyu Magatakarda Wamakko, representing Sokoto North Senatorial District, has set up a special centre for the training of vulnerable married women in Wamakko town, headquarters of Wamakko Local Govenment in the state.
This is contained in a statement signed by his Special Assistant on Media and Publicity, Bashir Rabe Mani and issued to newsmen in Sokoto on Friday.
The statement said that, the disclosures were made in  Sokoto at the opening of the 28th National Conference of the Muslim Sisters Organization of Nigeria, with a theme:” Muslim Women and Emerging Challenges ”
The Sultan said:” There are more than 50,000 of these orphans in various Internally Displaced Camps in the North East and one will shed tears if you see them. 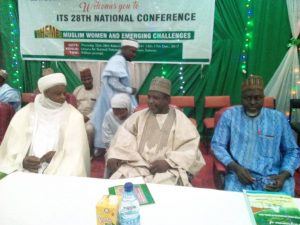 ” So we are making arrangements to bring at least 200 of them to Sokoto and a house had already been prepared for them here.
” The aim of the gesture is to train them to any level of education they so desire, hence, have a bright future, as well a sense of belonging .”
The statement also quoted the Sultan as challenging the organization to brainstorm on plausible ways to curb the high cost of marriages, high rate of divorce in the north, as well stemming the tide of drugs abuse.
Alhaji Abubakar further underscored the importance of girl child education, women empowerment and reducing the vulnerabilities of women and children.
Also speaking, Senator Aliyu Magatakarda Wamakko averred that, he had since established a Centre for Women Education and Empowerment in Wamakko town, while fourty one married women had since graduated from it.
Represented by Professor Mukhtar Bunza of the History Department, Usmanu Danfodiyo University, Sokoto, Senator Wamakko said that, the centre was set up to train married women in various vocations.
Senator Wamakko  also lamented that, women were lagging behind, even though they are the custodians of the society.
” Sokoto is the home of radical revolution as far as women are concerned, while MSO deserves a pat on the back for promoting the welfare and education of Muslim women ,'” the Chairman of the Senate Committee on Basic and Secondary Education, was quoted as adding.
Gov. Aminu Waziri Tambuwal promised to construct the Secretariat of the Organization on a plot donated to it by the administration of Senator Wamakko.
The National Amirah( President), Hajiya Amina Musa Sakaba stated that the theme of the conference was chosen to raise issues affecting the contemporary Muslim woman.
She said,” this conference will raise awareness for a possible action plan by the Muslim Ummah on some burning issues affecting our society. It is time for the Muslims to stop being reactionaries .’
The Chairman of the Occasion, Prof. Bello Bada, Rector, Umaru Ali Shinkafi Polytechnic, Sokoto, Prof. Aminu Alhaji Ibrahim and the Guest Speaker, Alhaji Sani Hanga, all commended the organization for being diligent in its Da’awah activities, as well as focussing on women education and empowerment.
The statement further said that, Senator Aliyu Magatakarda Wamakko has donated one million naira to the organization, to facilitate the conduct of the conference.
Share
3
SHARES
ShareTweetSubscribe